Around a time when deep house music was imploding in on itself amidst a deluge of uninspiring loops, mindless repetition and utter disposability, Berlin’s Santé emerged as part of a wave of new producers with a different cut to their electronic jib. His productions ooze character, charisma, soul, colour, humour and above all a sense of humanity and feeling so devoid from the less inspiring corners of house music.

After teaching himself to play the guitar in his early teens, Santé bought himself an Akai MPC-2000 when he was 16 and set the ball rolling for a life entrenched in electronic music. “I was totally into sampling and house” he recalls of those early days of button bashing and experimentation. He left his hometown when he was 21 to immerse himself in the dance music mecca that is Berlin. The plan was to study music at university, but failing the entrance exam meant he had to pursue other endeavours. A studio internship blossomed into a full-time career, with the emerging talent spending six years producing jingles and ad music and nurturing his passion for house music at any opportunity. Nothing was released, however, until one of his demos found its way to Matt ‘Radio Slave’ Edwards. His first ever release came out on Edwards’ acclaimed REKIDS imprint, setting the bar incredibly high and garnering him a lot of high-profile attention in the process.

The next major stepping stone for him was meeting two guys named Ali and Basti – also known as Tiefschwarz. “They were looking for a new engineer and took me to their label Souvenir, where I got the freedom to release my music and have a playground” he explains. This fruitful, intense relationship lasted three years before Santé decided to fly the nest in search of new pastures, his sophisticated sound developing all the while. In recent times, his style has taken on yet more verve, with the warmth of the house he has always known and loved now bolstered by a loose techno rhythm and percussive drive. The sensuality remains, yet with more dance floor urgency. Whether its one of his acclaimed live shows or one of his DJ sets you’re listening to, the infectious energy is always there.

He describes himself both as a party animal and a studio gremlin (“because you need to be both to do music!”), and cites his biggest influences as The Cure, Talking Heads, Aphex Twin and the Detroit techno pioneers and legends. Embracing both the convenience of the present (producing wherever he goes on his MacBook) and the charm of the past (one look at the rented 808 in his studio will attest to that), he is a producer who effortlessly spans the old and new skool in the most uncontrived of ways.

A look at his upcoming release schedule spells out what a diverse producer he is and how far his popularity ranges – from bastions of techno like Cocoon to the kings of big room house Defected, through to underground darlings like Desolat, Supernature and 8Bit. Few producers can claim such a breadth of imprints to be associated with at any one time. When you ask Santé to describe his musical style, he says he doesn’t really know how to – which goes someway to explaining his widespread appeal.

Plans for the future include his long-awaited debut artist album, which he promises will be more of a song-based affair than a straight-up collection of dancefloor grooves (“to show a few more skills”), and his fledgling Avotre brand, currently housing a record label and with a clothing line in the making. With his impressive release schedule to boot, he’s looking to be bigger than ever over the coming months.

Warning: Use of undefined constant thumbnail - assumed 'thumbnail' (this will throw an Error in a future version of PHP) in /customers/1/0/5/a-votre.com/httpd.www/wp-content/themes/avotrewhite/functions.php on line 125 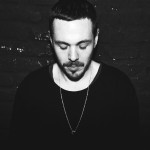 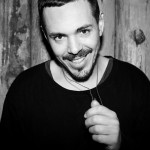 It might have come as a surprise to some that Hamburg’s Sidney Charles topped Resident Advisor’s Top 100 Most Charted Artists of 2013, but it’s an accolade that speaks volumes about both his approach to music and his prolific, consistent output.

Born Sidney Charles Hurricane Vieljans (yes, really), his journey towards the world of house and techno began when he first started DJing hip-hop, soul and funk at the age of 15. Taking his cues from the golden age of turntablism and associated culture in the late ‘80s and early ‘90s, his attentions were led towards other sounds of the era also enjoying their first heyday. His infatuation with those classic 4/4 club sounds is something that lives and breathes vividly in his music today. “I see myself mainly connected with the raw house sound” he says of the style he projects with his productions and DJ sets today. “I am highly influenced by the early ‘90s. Jacking beats; heavy kicks; dirty highs. But I also like to experiment a lot to not make people bored of a certain sound.” Whatever shade of house or techno he’s producing, it’s always packed full of hard grooves, raw sounds and a classy simplicity that lets the track do what it’s supposed to do: make your ass wiggle.

For a producer who only started releasing music in 2011, Sidney’s achievements are all the more impressive. In the space of just three years, his works have graced bastions of house and techno such as Avotre, 8bit, I Am A House Gangster, Moda Black, Off, VIVa, Kling Klong, SCI+TEC, Suara and Area Remote – each release adding to his clout and helping him to become one of the biggest names in the underground. And that’s where he wants to stay. He has no lofty aspirations to play arena shows or break through into the mainstream of electronic music. He’d rather stay true to the scene and surroundings he loves and develop and grow therein.

“I think the most important thing for me is that people take my music as a personal part of me” he says. “That means I can create an image mostly characterised by authenticity. So I don’t need to play for the biggest fees in the biggest clubs. I am mainly interested in the underground scene itself and being an active and creative part of it. With my music and my activeness in the scene as a DJ or otherwise. I want to give my part to keep the underground alive. As my music is meant to be honest, I also see myself more playing in clubs which are not fancy or posh-like. I see myself in more underground-orientated locations like Sankeys, fabric, Watergate, Panoramabar…”

Along with his lengthy studio stints and packed DJing schedule, his role as A&R for Santé’s burgeoning Avotre imprint and the occasional parties he throws in his hometown ensure that he’s constantly immersed in his passion. While his focus is on making dancefloors vibrate, he’s also working on an album and a project with like-minded star Darius Syrossian and is keeping plans for his own record label in the back of his mind.

With the diversity he’s displayed and the continually acclaimed output he’s been creating, there’s little doubt that Sidney Charles can continue to grow and evolve in the years to come – even within those refreshingly focused parameters which he has set for himself.

Warning: Use of undefined constant thumbnail - assumed 'thumbnail' (this will throw an Error in a future version of PHP) in /customers/1/0/5/a-votre.com/httpd.www/wp-content/themes/avotrewhite/functions.php on line 125 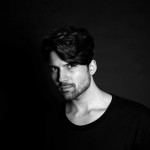 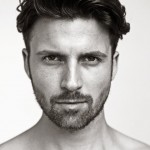 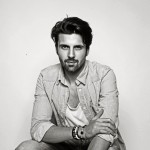